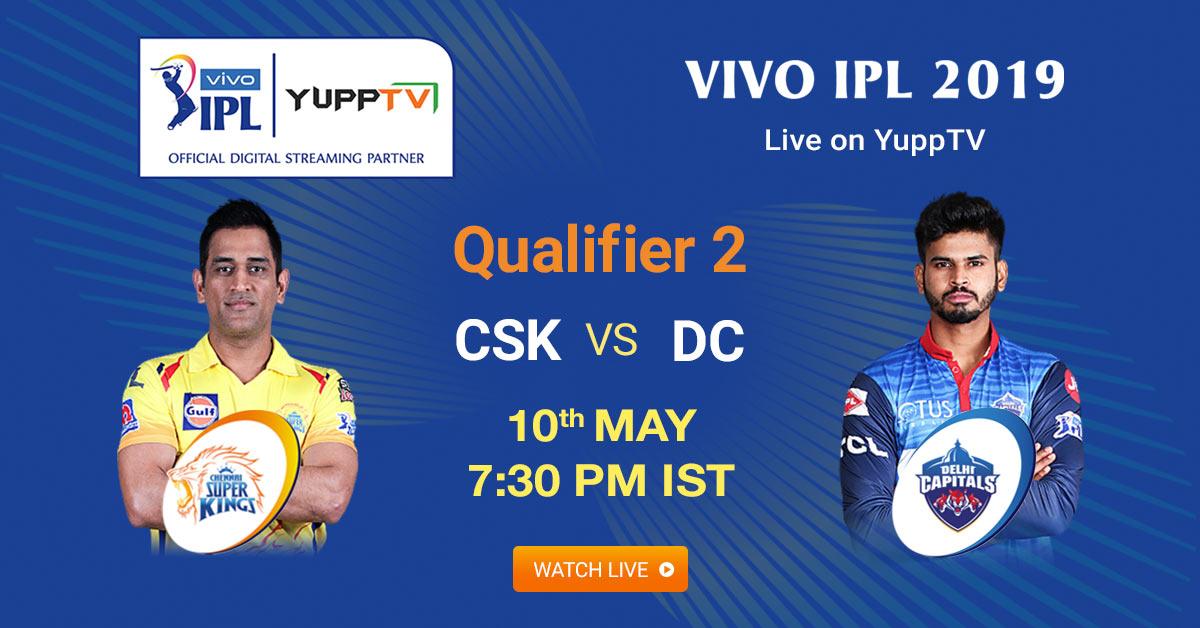 Spectacular Skills have been on display so far in the League matches and the Qualifier and Eliminator match. After grueling 56 League matches CSK, DC, MI, and SRH have qualified for the playoffs. The top two pointers CSK and MI have played against each other in the Qualifier 1 and MI stood victorious in that forcing CSK to play the Qualifier 2. The eliminator match took place between the third and fourth pointers DC and SRH and DC won the match eliminating SRH from the tournament.

Chennai Super Kings is one of the strongest teams of IPL and the first to have entered the playoffs. The team won 9 matches out of the 14 and was placed second in the points table given the NRR (Net Run Rate). CSK, led by MS Dhoni comprises of the veteran players like Dwayne Bravo, Suresh Raina, Shane Watson, Imran Tahir, Ravindra Jadeja, Harbhajan Singh, Ambati Rayudu, Faf Du Plessis, etc. The team is the most consistent one in IPL 12 with an innate level of coordination that is unseen in other IPL teams. Considering their performance in the League matches, CSK has more chance of winning the Qualifier-2 against DC.

Delhi Capitals entered the playoffs after a whopping 8 years. The team had stumbled in the Leagues but made it to the playoffs with an aggressiveness that is required for a winning team. DC comprises of talented players like Prithvi Shaw, Shikhar Dhawan, Shreyas Iyer, Colin Munro, Rishabh Pant, Keemo Paul Amit Mishra, Ishant Sharma, etc. The players are in a good form and are confident of the victory. Given DC had lost both the league matches against CSK in IPL 2019 and will be in search of Catharsis in the next match. The team is furiously motivated and with their recent victory against SRH, highly confident.

Since Qualifier-2 is the final hurdle between the teams entering the finals, the match will be of utter importance for both the teams. CSK entered IPL 12 as the defending Champions and would fight to the death to keep their title with them. DC, on the other hand, had tasted a sweet victory for the first time after 2012 and would like to end their journey by winning the trophy at any cost. All this means more entertainment for the fans and cricket lovers.

Watch Qualifier-2 match between DC vs CSK Live on YuppTV from Continental Europe, Malaysia, Singapore, Australia, South America, and South East Asia. You can also Download the YuppTV App to watch all the League matches once again on Smartphones, Smart Televisions, Laptops, Tablets, and other internet-enabled devices.

What is your reaction?

GRE REGISTRATION FACTS TO BE KNOWN

SRH and KKR might be in the Playoffs in IPL 2019

Picture Your MOVIES On Top. Read This And Make It So

Picture Your MOVIES On Top. Read This And Make It So

How to choose best dating sites for gays